Please note that English muffin orders are shipped Monday-Wednesday and should be placed before 3:00pm EST for same or next day shipment.

About Croton-on-Hudson, New York, and the New Croton Dam

In 1976 the recorded population was 7,500 residents. Although by 1990 its population had declined slightly to 7,018, the Village has grown to 7,606 residents as of the 2000 Census. Croton-on-Hudson has continued to evolve as a suburban village with a thriving artistic community and has retained the rich cultural diversity that dates back to its early settlement."

And according to Westchester Magazine, Croton-on-Hudson, "part of the town of Cortlandt, is a small River Village is home to restaurants, local businesses, and a wonderful arts-centric community. Art programs, such as the Croton Academy of Arts, are heavily attended, as is the annual Summerfest festival, which is an all-day affair that hosts crafters and musicians from the local area. Though a small village without many frills, Croton offers its community a unique and vibrant feel unmatched by any other area in the County." 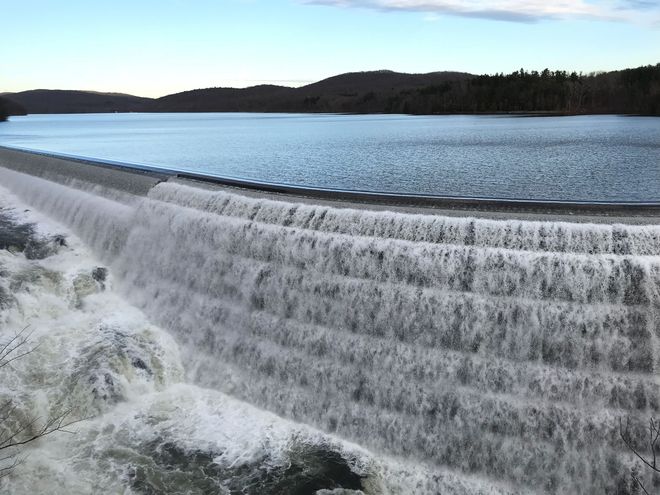 Neighboring Croton-on-Hudson, in Cortlandt, and now part of the Westchester County park system, "the Old Croton Dam, built to supply New York City with water, was the first large masonry dam in the United States. Completed in 1842, it was the prototype for many municipal water supply dams in the east during the mid-nineteenth century. The city’s needs, however, soon outgrew the Croton Dam water supply. Consequently, work began on the New Croton Dam, also called the Cornell Dam because of its location on land purchased from A.B. Cornell, in 1893. Completed in 1907, the Cornell Dam stands over 200 feet high. The Croton Reservoir has a capacity of about 34 billion gallons of water with a watershed covering 177 square miles."

This year, to celebrate Fathers Day, Juneteenth, & Pride Month, until 6/15, we’ll be donating a portion of all of our online sales to the following organizations:

Since both of these groups are comprised of fathers undergoing different circumstances, we’d like to honor these organizations by showing our support for the many fathers and families who have been adversely impacted by discrimination and hardship, respectively.

By clicking enter you are verifying that you are old enough to consume alcohol.

Your cart is currently empty.